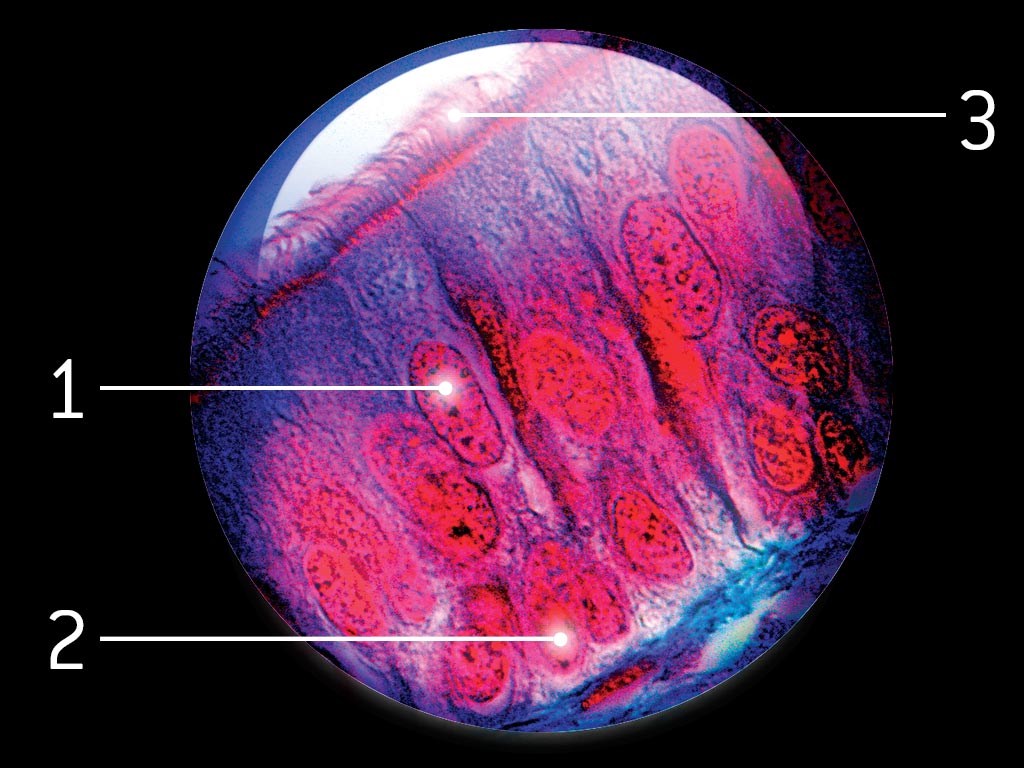 Respiratory epithelial cells line the respiratory tract from trachea to bronchi into bronchioles and alveolar sacs. The primary functions of the respiratory epithelium, depending on their origin, is to moisten, protect the airway tract from potential pathogens, infections and tissue injury, and facilitate gas exchange. The respiratory epithelium in trachea and bronchi is pseudostratified and primarily consists of three main cell types – cilia cells, goblet cells, and basal cells. The ciliated cells are located across the apical surface and facilitate the movement of mucus across the airway tract. The goblet cells produce and secrete mucous to trap pathogens and debris within the airway tract. Basal cells are progenitor cells that differentiate into cells types found within the epithelium. Basal cells respond to injury of the airway and subsequently differentiate to restore a healthy epithelial cell layer.

1. Goblet cells – secrete mucus to maintain epithelial moisture and trappathogens or particulates 2. Basal cells – Differentiate into other cell types to restore a healthy epithelial cell layer 3. Cilia cells – Move back and forth, carrying mucus up and

Alveolar epithelial cells (AEC) line the small, spongy sacs called alveoli that are found throughout the lung. Alveolar epithelial eells I (AEC I) cover approximately 95% of the alveolar surface area, where they are involved in gas exchange with microvascular endothelial cells that surround the alveoli. Alveoli carry oxygen to the blood from the respiratory tract and take CO2 away from the blood back out of the airway tract. AEC II contribute to lung defense and have been the subject of numerous studies due to their regenerative potential1.

Bronchial/tracheal smooth muscle cells produce slow and sustained contractions in the wall of lungs to regulate air flow through the respiratory tract. These cells layer beneath the bronchial/tracheal epithelial cells. Over activity of smooth muscle cell layer causes narrowing of air tubes constricting air flow. As a result, and these have been the subject of numerous asthma and COPD studies. 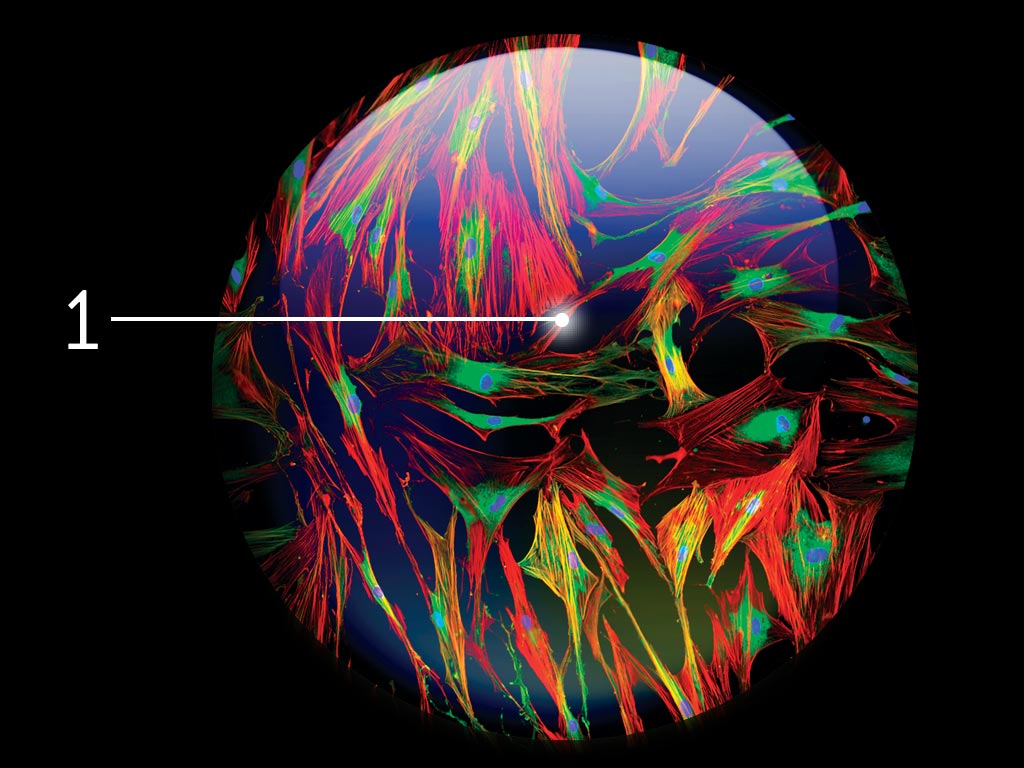 Lung fibroblasts are found abundantly in the lung interstitium. These cells are responsible for the production of extracellular matrix components such as type III collagen, elastin, and proteoglycans which help maintain the structural integrity of the lung. Lung fibroblasts respond to lung tissue injury and are essential in the repair and remodeling processes. Controlled accumulation of fibroblasts to the sites of inflammation is crucial to effective tissue repair. Either inadequate or excessive accumulation of fibroblasts could result in abnormal tissue function. Primary lung fibroblasts are considered as key tools in understanding the repair and remodeling processes in asthma and COPD.

Pulmonary artery endothelial cells (PAEC) and pulmonary artery smooth muscle cells (PASMC) are found at the pulmonary artery, which carries deoxygenated blood from the heart to the lungs. While the PAEC line the blood vessel, the PASMC layer beneath these. Both cell types have been implicated in chronic thromboembolic pulmonary hypertension (CTEPH)4.