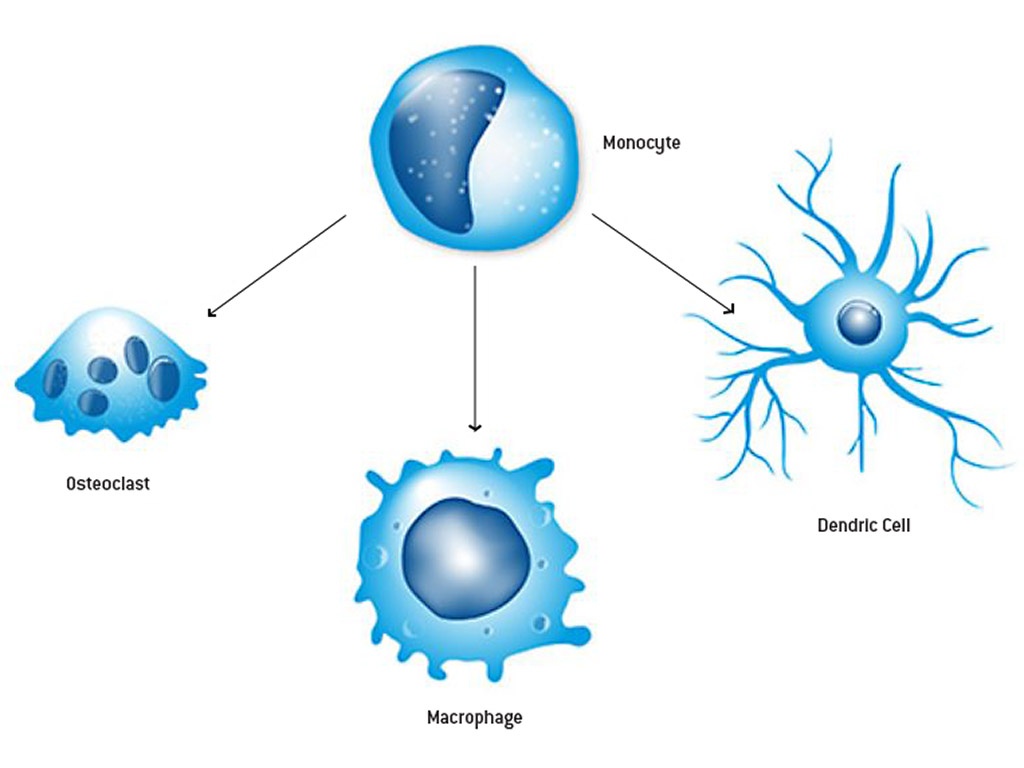 The term macrophage comes from the Greek words makros, meaning large, and phagein, meaning to eat. Macrophages patrol the body seeking any cell types that do not display the proper protein surface markers and consume these foreign intruders in a process called phagocytosis. This process is useful for removing a variety of foreign substances, including potentially cancerous cells. However, cancerous cells are able to exploit the body’s immune system to prevent destruction by macrophages and possibly encourage proliferation of the cancerous cells.