Most of the cerebral cortex is neocortex. However, phylogenetically there are older areas of cortex termed the allocortex. These more primitive areas are located in the medial temporal lobes and are involved with olfaction (smell) and survival functions such as visceral and emotional reactions. In turn, the allocortex has two components: the paleocortex and archicortex. The paleocortex includes the piriform lobe, specialized for olfaction, and the entorhinal cortex. The archicortex consists of the hippocampus, which is a three-layered cortex dealing with encoding declarative memory and spatial functions.2 The neocortex represents the great majority of the cerebral cortex. It has six layers and contains between 10 and 14 billion neurons. The six layers of cortex are numbered with Roman numerals from superficial to deep (Figure 2). Each cortical layer contains different neuronal shapes, sizes and density as well as different organizations of nerve fibers.3-5

Motor and Sensory Regions of the Cerebral Cortex

Functionally, the layers of the cerebral cortex can be divided into three parts. The supragranular layers consist of layers I to III. The supragranular layers are the primary origin and termination of intracortical connections, which are either associational (i.e., with other areas of the same hemisphere), or commissural (i.e., connections to the opposite hemisphere, primarily through the corpus callosum). The supragranular portion of the cortex is highly developed in humans and permits communication between one portion of the cortex and other regions. The internal granular layer, layer IV, receives thalamocortical connections, especially from the specific thalamic nuclei. This is most prominent in the primary sensory cortices. The infragranular layers, layers V and VI, primarily connect the cerebral cortex with subcortical regions. These layers are most developed in motor cortical areas. The motor areas have extremely small or non-existent granular layers and are often called "agranular cortex". Layer V gives rise to all of the principal cortical efferent projections to basal ganglia, brain stem and spinal cord. Layer VI, the multiform or fusiform layer, projects primarily to the thalamus.6

Cortical diseases fall into two major categories, degenerative and developmental. In degenerative conditions such as Alzheimer’s disease, progressive cell loss leads to functional deficits and cognitive decline.7 In developmental disorders however, failures in cellular migration, cortical maturation or synaptic pruning, can lead to dysplasias or learning disorders. Cortex neurons have been found to play a major role in these degenerative and developmental disorders. Other neuropathological conditions are caused due to neuronal loss, brain atrophy and gliosis.

In vitro Applications of Cortex Neural Cells in Research

In vitro cortex cell culture systems (primary cell cultures) are considered to be the most valuable tool for studying new techniques in neurology like Neuronal Plasticity and Neurophotonics. In addition, their role in Down’s syndrome, immunocytochemistry, in-silico models, drug screening studies, gene transfer technology, and advanced cell culture models have been extensively studied. Lonza cells and media have been used by different research groups for a better understanding of these applications.

Figure 3. (a) Optical arrangement: PMT, photomultiplier tube; BP filter, bandpass filter; PD, photodetector. An enlarged view of the fiber-optic interface is shown in the inset. (b) A mouse with an implanted fiber-optic connector. (c) Spectra of EGFP fluorescence (solid line), auto-fluorescence from the brain cortex in an C57B1-line non-GFP mouse (dashed line), and the Raman background from the fiber probe (dash-dotted line). The detection window is shown by shading. The increase in the spectral intensity on the left is due to the laser line. (d) A stereotaxic atlas vs the Nissl stain image of somatosensory cortex (left) and the CA1 field of hippocampus (right) with a track from the fiber shown. L. V. Doronina-Amitonova et.al; Scientific Reports 3, Article number: 3265 (2013)

In-silico models: Neuronal migration, the process by which neurons migrate from their place of origin to their final position in the brain, is a central process for normal brain development and function. Advances in experimental techniques have revealed much about many of the molecular components involved in this process. The molecular machinery to govern the migration process is yet to be fully understood.14 The computational model integrates isolated subcomponents of the migration process into a dynamic system-level simulation. Extracellular signaling cues, GABA neurotransmitter, Reelin protein, two intracellular regulators, the Lissencephaly1 (LIS1) and Doublecortin (DCX) proteins and the interplay between these four molecules have been found to be crucial in normal migration. 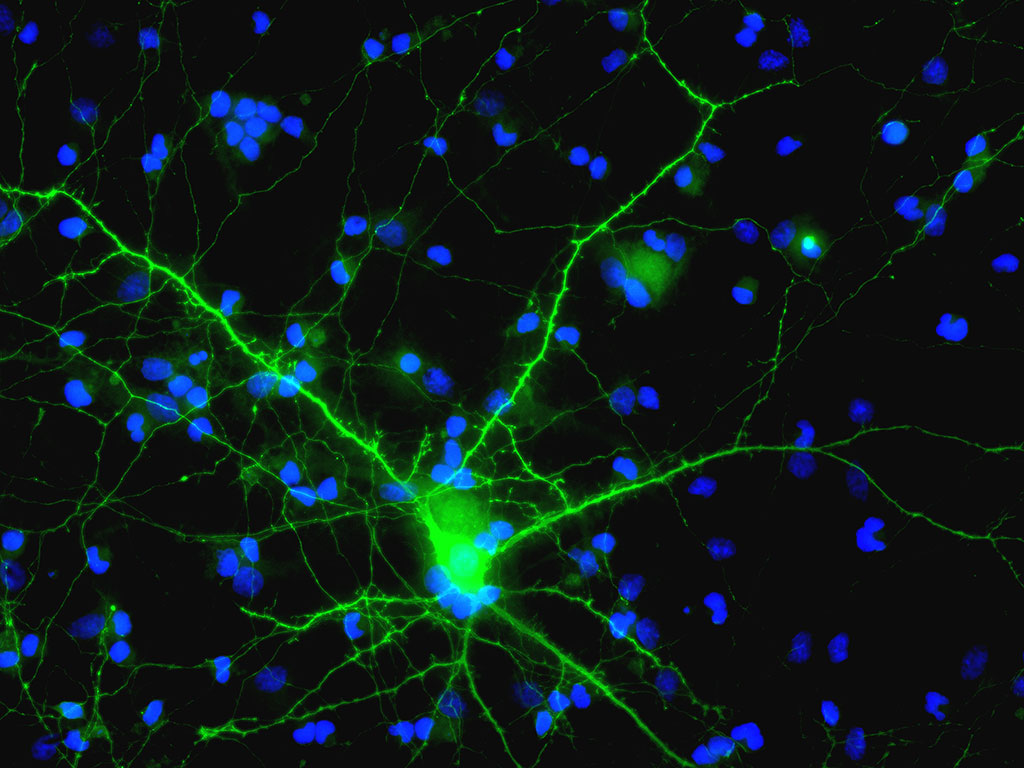 Lonza offers neural growth media and optimized protocols for all of its cell types. In fact, Lonza guarantees the performance of its cells when cultured with the recommended medium and following the protocol.

Learn from leading researchers how and why they are using primary cells in advanced 3D cell culture models.